Snipping Tool for Mac: Snipping tool is the easiest way to take a screenshot. It contains the features like capture mode such as Free-from Snip, Window Snip, Full-Screen Snip and Rectangular Snip. This app also contains the pen and highlighters, which are beneficial in adding marks. 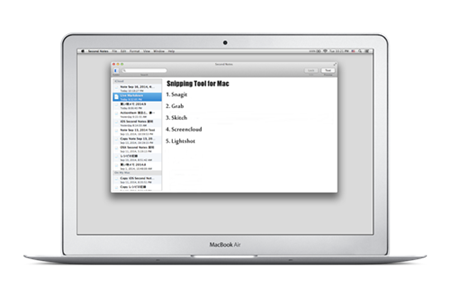 Why a screenshot is required?

Is there any Snipping Tool for Mac?

No, Snipping tool supports only Windows OS and not supported by Mac. If you recently switched from Windows to Mac, you might be missing this feature. Do not worry! You can get many programs there that can serve as Snipping Tool alternative for Mac.

How do you take screenshots on Mac?

Snipping tools are useful you have some shortcut keys built into Mac OS that allows you to do many functions.

Snagit
It is a premium snipping tool available with a lot of power. This tool is compatible with Windows as well as Mac. Snagit specializes in capturing screenshots, scrolling screens, creating animated gifs and video stills.

Simply you can say it is a quite powerful little tool.

Grab is a built-in utility that is included in every OS X running devices. It is comparable to Windows Snipping Tool as it contains various modes like Selection, Screen, Window and Timed screen.

It is a well-known screen capture program created by Evernote. Skitch can take multiple screenshots easily without any incompatibility issues. It offers screenshot editing and sharing functions.

Screencloud is snipping as well as a sharing tool. It contains the usual drag and select timer and active Windows tools.

Remember Screencloud does not contain many editing and effects tools but for the core task, taking screenshots it works well.

This tool is available for Mac as well as Windows which is capable snipping tool. It contains the tools to select active Windows, drag and select, time select etc.

There are many programs, which work like Snipping Tool for OS X users. You must check the features of the tool before using it. Selecting the right program allows gives you powerful functions such as uploading and sharing the image online.