XCode for Windows 10 Free Download: This is the generation of advanced technology, applications, and software to turn the entertainment and multi-tasks easier.

So, if you are planning to develop software for Mac OS X or iOS then you need an SDK called XCode, which is an Integrated Development Environment (IDE).

Mac iOS X users can enjoy the benefits of XCode 12 by downloading it from the Mac App Store. There is no fee charge applied to it. Apart from the mentioned ones, the prior versions and the preview releases of Xcode can be downloaded from the Apple Developer’s Website. However, they will ask you to provide your Apple ID & Password. So, make sure to register an account for the download. 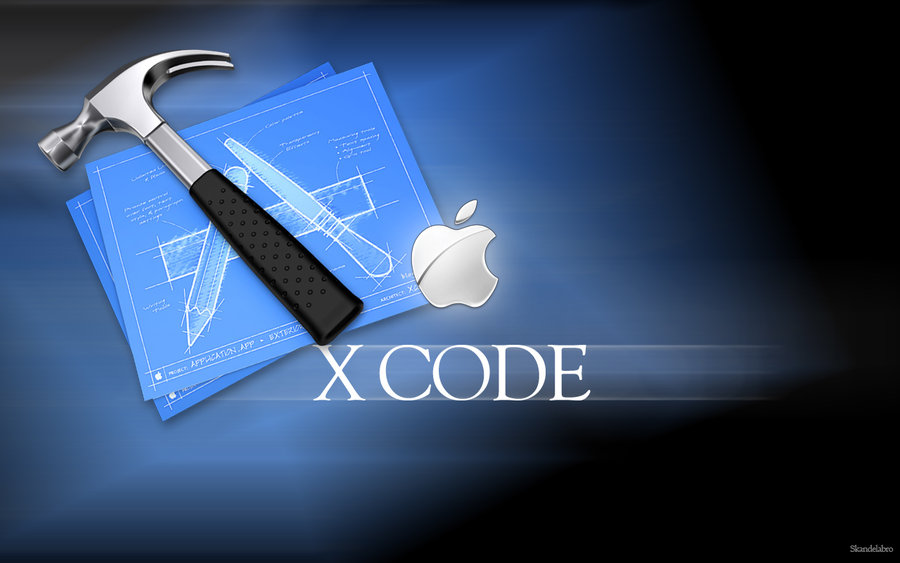 XCode is a tool kit to turn ideas and creativity into an application, it is to be noted that it is only available for the iOS and Mac OS. The reason lies in the fact that it is specifically meant for the development of the Apple OS X Software.

Downloading and directly using it on windows 10, windows 8.1 and windows 7 will lead to a number of issues. One needs to follow a prescribed method to download and install the Xcode on the Windows operating system. The method will be discussed below in this article about the XCode for Windows 10 Free Download

Since there is no available version of XCode for Windows 10 Free Download, it seems a distant star to turn your vision into reality. But technology has a solution to every problem.

We understand that you might not be in a state to buy a new Mac as of now; hence we bring to you a few suggested tricks to run the xCode on windows. Although you can never get the best of experience on windows, yet to start with Xcode you can opt for one of the ways. While the best option will be XCode for Windows 10 Free Download.

Three Methods To Run The xCode on Windows:

So, we will explain you each and every part of this three method with the one by one guide for you, wherein you will get step by step installation tutorial about How to Use Xcode on Windows. Just keep reading the article and check the below-mentioned tutorials and decide which one is best for you. 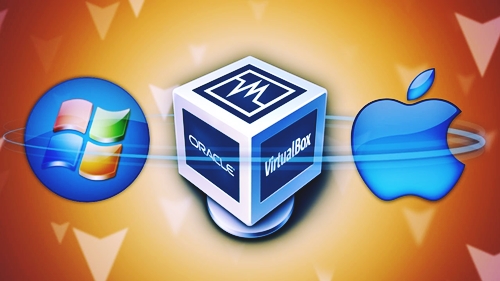 This method is considered to be the best of the three suggested ones and hence is discussed in great detail in the later section of the article. You would be requiring a powerful speedy computer to run a virtual machine after the installation of the Mac OS X virtual box is the most recommended option being free and an open-source solution. If you want to use the Xcode for windows. Follow the below instructions.

1. Install the Virtual Box on your computer
2. Follow it by purchasing an OS X after signing into the Apple App Store.
3. Create a New Virtual Machine in your newly installed Virtual Box.
4. Now follow the prescribed steps to install the OS X on your Virtual Machine. 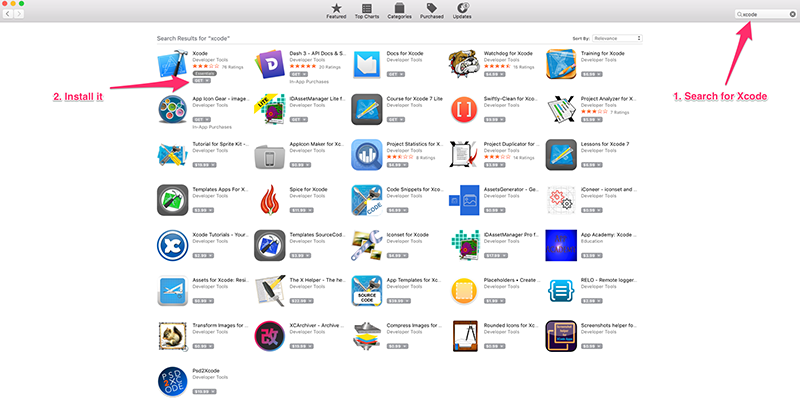 5. You are all ready to download and install the Xcode app now. Once you’ve got XCode installed now you can build your own brand new iOS app from your Windows PC!

Although the method will be a good escape from the performance issues, you might need to bang your head a bit more during the installation process. Moreover encountering bugs becomes more frequent.

3. Macincloud (Rent a Mac in the Cloud)

If you are not satisfied with the above-given options and if you don’t want to download and install a virtual machine or Hackintosh in your PC, you can opt for a service called Macincloud. Its import part due to Windows users.

If you choose this method, you will be basically renting a Mac that could be accessed through a remote. the entire work can be done using your mobile phone or computer. Once you are done connecting to the Apple OS X machine that you might have rented from the Macincloud, you can get a strong grip over the Xcode to develop the new apps.

The drawback of this method is the slow internet connection that might obstruct the process every now and then. Hence running xCode could become a headache for you later.

Requirements to Install Xcode on Windows / Xcode for Windows 10

If you have made all the plans to install the upgraded xCode software in your computer for windows, make sure to tally the requirements of Xcode.

There is certain other software that needs to be pre-installed in your computer for the xCode to run smoothly and efficiently. Below is the list of the software requirements that need to be checked well in advance:

Note: An apple software app developer is required to have an Apple developer id.

STEPS TO INSTALL XCODE ON WINDOWS / XCODE FOR WINDOWS
One needs to carefully follow the below-mentioned steps in order to install and run the xCode on Windows:

This is to notify you that the speed and smooth functioning of the XCode for Windows 10 Free Download largely depend upon the set of instructions that you follow and the process you opt for in order to download and install it.

Also, keep in mind that the mentioned set of instructions are the only way to install the XCode on your personal computer and use the Xcode for the windows based system, XCode for Windows 10 Free Download.

Xcode can be termed as an integrated development environment or a toolkit that s required to build and develop the applications for macOS, watchOS, and iOS. The software came into existence in the year 2003 and has seen various progressions and development in its versions since then.

The latest stable version is 8.0. using the Xcode tools, one can develop efficiently fast applications of higher quality which will serve the infinite purpose of human beings. Looking at the increasing demand of the people, technological advancement is being carried on in the direction to save human’s time, energy and efforts.

The Xcode is developed by taking all the mentioned factors into consideration. The best part of it is Xcode for windows for all types of users.

The features of the Xcode allow the user to put in their creativity, new ideas and efforts to create and test, check- monitor the performance and thereby debug the code.

It is to be noted that the Xcode can only run effectively on the MacOS X. Hence in order to use the software on windows, one needs to install a workable version of macOS X on the windows prior to activating xCode on it. You do not have to get confused as it is not as tricky as it may seem.

Since 8.0 is the latest and most compatible version of Xcode, we can have a brief insight into its features that makes it a perfect app developing software.

Interface builder- now you can speed up the work while efficiently controlling it according to your whims using the interface builder design interface. The best experience is to actually have a look at how your app is going to appear on all the Apple devices.

Don’t neglect the Pan and zoom feature which are incredibly fast and lovely to use. In fact, editing the interface while the storyboard is zoomed out is amazing.

Editor extensions- you can customize you’re coding using the new Xcode extension for the source editor. You can easily select, modify and change the code by navigating within the editor’s text using the xCode extension.

You can be sure and secure the safety of your xCode since there are an entirely separate process guards the functioning of the Xcode. There is a new template for the xCode for the users to create editor extensions and thereby dispatch them on the Mac store.

Runtime issues- the updated version of Xcode helps in detecting the bugs and issues that are usually hard to track until the time the app gets into the hands of the users. This could deteriorate the image and reputation of the application and hence reduced the number of its users.

Hence it’s better to check and resort the bugs well in advance. All types of threading- related bugs are spotted by the new thread sanitizer while the UI constraints problems are inspected and resolved by the updated view debugger. The memory debuggers alert you in any case of memory leaks that might create a bigger problem in the later stages.

Easy signing- the setting up of the device and the code designing is relatively more easy and powerful here. The entire process is automatic which aptly generates all the required assets to properly run the application on a good workable Apple device. It depends on the users to either leave the entire processing on the xCode or manually choose the profiles for signing in.

Report navigators give you an insight into the logs, improved error messages, and solution, in the possible case of encountering an error message.

Do not worry if you have innumerable Macs since the xCode is an expert in generating a unique development certificate for each Mac.

The major reason, why people choose XCode and then want to install in on the windows and they search about the Xcode for windows topics is because of its user-friendly less and it’s easy to use. The Apple company has standard rules of zero tolerance in the App Store.

So, people who developing such applications or tools, they must have to make sure to create a great application which entertainment peoples and it should be innovative as well. The major reason, why people choose XCode is because its user-friendly less and it’s easy to use.

The Apple company has standard rules of zero tolerance in the App Store. So, people who developing such applications or tools, they must have to make sure to create a great application which entertainment peoples and it should be innovative as well.

So, for all those people who have just started creating an application, they have to use this application at least once and you can also share your expertise of using XCode in the commenting section with us so that our other readers can get such testimonial to inspire and motivate their self to start using it and starting their career in this development field.

Smartphone users are getting high every year, therefore mobile app industries are becoming more giant. However, major of the users are comfortable with the Android operating system while iOS users are less. Since the Android market is set by the world’s biggest company Google and it has power on the internet to build such a big app store it has more applications for sure in comparison with the Apple store and Microsoft store. That’s all about the Xcode for Windows 10 Free Download.