Chromecast App for Windows 10: Every video content available online - even the ones behind a paywall - form the backdrop for a disturbingly large market. It comprises everything from Netflix and Hulu and Google Play, to the videos available in YouTube or Dailymotion. They together make a billion-dollar industry and attract thousands of new users every day.

And the market keeps widening. It makes as much lateral growth with new investments and startups, as it does vertically with revenue. For instance, in 2017, a startup was created in Bangalore that offers a mini-theatre where users can log in to their Netflix or Amazon Prime account with a 100 Mbps internet connection.

This startup makes one thing clear: Video “streaming” forms a market too. 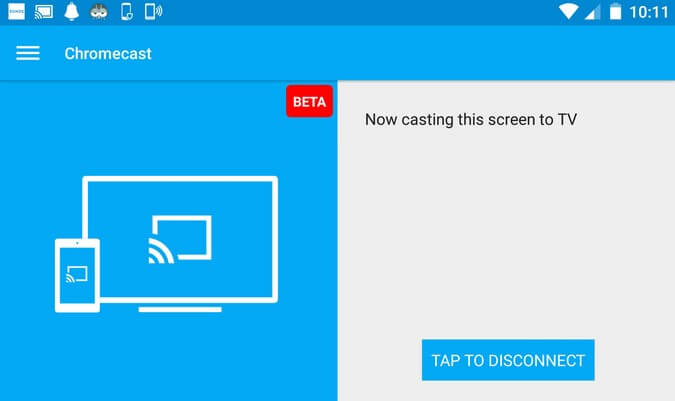 Chromecast was founded in 2013, much before the startup. Chromecast is a small, dongle-like device that can be plugged into a TV’s HDMI port. It then acts as a transmitter, ready to receive streamed content from your computer or smartphone (which act as remote). Chromecast retails at around ₹1500.

To bring it in a nutshell, all that Chromecast does is give you a platform that you can use to stream your Windows/Android/iOS/Mac content to your TV. Chromecast 2 which retails at ₹3000 enables users to stream 1080p content, while the latest installment of the Chromecast - Chromecast Ultra  allows streaming up to 4K resolution. This ensures one quality factor: You can now watch video content with 4K resolution that you weren’t originally meant to with your smartphones or laptops.

This screen-mirroring process can be used to stream any type of content, including everything that you may bring on-screen on your Laptop or Android. It also includes and does not stop with PC or Android games.

But the most important feature is that it receives content from the Cloud and not from your device  and hence does not affect the battery life of your devices.

For a Chromecast device to send and receive information with your Windows 10 computer, it would need a Chrome web browser. In order to set up all that you need to stream content, make sure you have done all of the following:

The most plausible alternative is Screen Mirroring. This is a feature that’s lately been introduced in Smart TVs, and it works exactly as it sounds  it mirrors whatever is on the screen of your device.

But there are a variety of other Chromecast alternatives.

The Amazon Fire TV comes in first, and it is safe to assume that it can easily outperform Google’s Chromecast. Besides being able to stream Netflix content, it also lets you play games on it, and allows other easy-to-use features like the “voice search”.

Similarly, the Apple TV can be considered a boon for Apple users, and it allows users to stream even the content from their iTunes library. Also, Apple TV’s Airplay lets the users play games on this streaming platform.

Other notable applications that work just as better, with as many features of streaming and sharing games/movies on a big screen are PiCAST, WD TV live, Samsung Allshare Cast, Matchstick, Roku Streaming stick, etc.

More of the video content these days is being shared and consumed by the online community than the other forms of media. It may not completely replace the experience of a proper TV with a proper remote, but what is sure to bridge the gap in the market that makes up video streaming, and/or mirroring.

And the Chromecast is a compatible device that can easily be used anywhere, anytime. This is what will make the future of streaming. And the affordable cost may turn out to be the deal-breaker for when the time comes to take the online video-content industry somewhere close to mainstream.