It is generally relatable as a media library application, and it can be used to play audio, video, and even pictures.

In addition to just being a player, the WMP can be used to burn music and other file formats in compact disks. This feature quite frankly makes it so that the users do not particularly require another application that would specifically get the same process done.

A few years after its initial release, Microsoft released a feature called ActiveMovie that added new ways of handling media, including video streaming. This feature was later renamed to “DirectShow”. 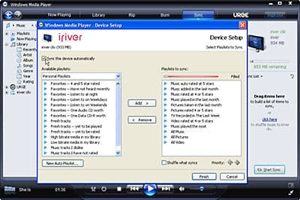 That said, it does not nullify any of the rich features that it is known for.

Besides the default features that any media player offers a user, WMP has a lot of other features including time compression/dilation. It also allows a full keyboard-based operation.

Initiated with the version integrated into Windows 7, Windows Media Player supports full media management that can scour the web for metadata, and help in the local cataloging, and providing descriptions of music files.

The Windows Media Player 11 had another feature included for easy navigation – and explorer-style navigation panel to the left of the interface.

Windows Media Player is inherently equipped to support basic Windows Media codecs, WAV, and MP3 file formats. Starting from the XP version of the operating system – and for the WMP versions of 7 or upwards of it – the Windows Media Audio Professional codec was introduced that can channel audio at  24-bit 192 kHz resolution.

The same player, however, has been tweaked to run other formats as well in Windows 10, including FLAC, HEVC, ASS, and SubRip subtitle, and Matroska container formats.

Other significant features include its rich portable device syncing – with portable handheld devices and gaming consoles.

It features “shell integration”, that allows users to add songs and playlists to the now playing list from the windows explorer shell itself, from its right-click menu.

It also provides an ActiveX control that developers can use to play the Windows Media Player in web pages.

In addition, starting with the XP version of the Windows Media Player, video-streaming has been made available that allows streaming to other consoles such as Xbox 360, PS3, and SoundBridge (from Roku).

The Media Player version of Windows 10 is the Windows Media Player 12. This version has a lot of features and advantages over its previous versions and can play Flip video, and unprotected songs from the iTunes library.

It has two important features:

Windows Media Player has rich integrations and special tweaks for Microsoft users, and more than marginally provides ease-of-access through its goals on “minimalism”.

The latest version that came with integrations for Windows 10 is predictably close to hitting home-runs all the time while it’s run in its home ground – the Windows 10.

Although this competes vaguely with stand-alone media players, it has its own specialties that everyday users can inevitably relate to. Windows Media Player for Windows 10 Download Free.