Seatools for Windows: Hard disks are an integral part of any computer system. Sure, one can still use a computer — or a laptop — without a drive, by stuffing the whole operating system in a flash drive (preferably Ubuntu in that case). But that’s not the point. Without a hard disk, it would look like you are playing a big game of cricket with a Ping-Pong bat. Let’s assume you have a hard disk, and it’s been faulty.

It could be because of a Firmware problem causing the system to not recognize the hard disk. It could be because of the heat caused by a defective fan, which might linearly result in a deteriorated drive. It could be anything from power surges, mechanical failures, and down to corrupted files, or human errors. But research says that about one-third of the times, a hard disk diagnosed as “defective” often turns out to be not defective. That’s an enormous amount of money spent on trying to repair it. 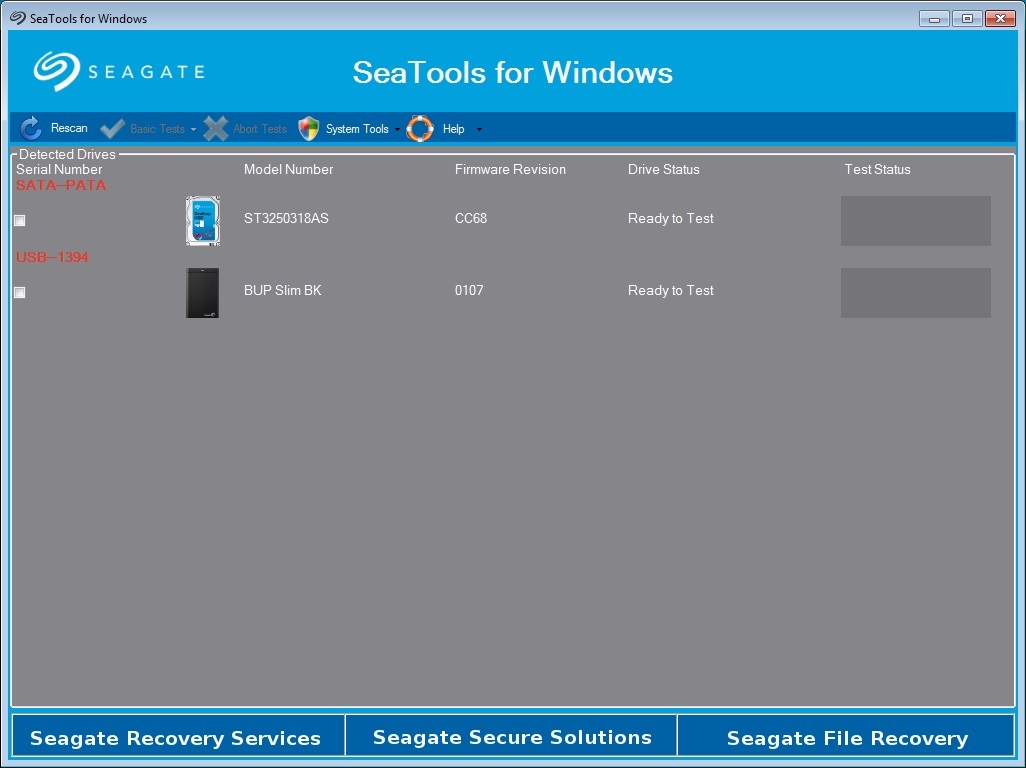 So, how do you actually figure out how to find if your drives are actually faulty or not?

Well, that’s exactly what SeaTools — released by Seagate Technology — is for: it can help identify what’s wrong with your drives, if there’s anything wrong at all, and should you do anything to correct it.

The self-test is ideal for most situations. The “long generic” diagnoses different sectors of the selected drive. And the “Fix All” requires backing up of the hard disk prior to initiation, since its comprehensive “scrutiny” might lead to the deletion of data.

Upon the completion of the test, the results might show one of the three:

The whole process is simple and user-friendly.

Using the Application for Windows

In order to use the application in the Windows interface, one will be required to follow these steps:

There are a variety of alternatives that can parallel the effects of SeaTools in a Mac OS, including the first-sought apps like GSmartControl, smartmontools, drivedx and so on.

Among these, the GSmartControl can efficiently work – just like SeaTools – when it comes to inspecting the drive’s SMART data to determine its health. In addition, this application can actually foresee a plausible drive failure and warn you in advance so that you can make necessary arrangements, and back up your files. Unlike SeaTools, GSmartControl works automatically without initiation, automatically reports the user, and automatically establishes the anamolies. This is the same grounds that drivedx works on too, and just like GSmartControl, it can establish impending dangers to the drive and can help save users’ data before the drives fail.

Unlike SeaTools or GSmartControl, the smartmontools uses two utility programs (smartctl and smartd) to monitor the storage systems.

Other alternatives include SMARTReporter and SMART Utility.

Final Words about the Application

The application leaves no part of the process to the user. It does all of the work in diagnosing if there’s any problem with the drives. More of what, it’s free to use, reliable, and provides ease-of-access.

An important feature of the SeaTools application is that it can also fix the Bad Sectors in the drives — which relates to the sectors that have suffered physical damages — using the “Fix All” option.

To sum it up, SeaTools can determine if your hard drives require actual hardware servicing while fixing all that it could through its software platforms. It is the “go to” application if you have any problem with your drives, and want to know if it’s only a minor (or a major) hiccup that you can service internally, rather than go to a service store.