Games for Windows Live: Since the time gaming took a steep, upward curve in its growth-graph, developers have been constantly struggling to keep the platform as fundamentally enriched as possible.

And a large part of that goes to helping gamer connect with each other in a way the process can pertain to being on the grounds, and measuring each other the old fashioned way.

And this means for anyone with a Live account, it is possible to “cross-platform” any game that supports Games for Windows Live to their Xbox consoles. 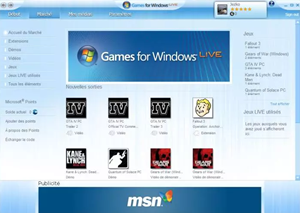 Gamer can also cross-reference their stats with that of another gamer’, and hence enrich themselves and the community that they make themselves as parts.

These are a few of the many features that Games for Windows Live offer to gamers. And, few games that have really resonated with players – including Gears of War and Resident Evil – are GFWL enabled.

Features of Games for Windows Live

An important feature that Games for Windows Live is based on is to track user statistics down to the last detail.

It includes achievements earned during gameplay, friends-list of the player (that can be up to a hundred), the last fifty players the player has interacted with and using all such information to reverse-engineer matchmaking.

It has also a designed game room that offers a classic retro games library. Voice and text chat are available, in-game.

It also portrays a system of “reputation” where any player recommended by at least one other player is given some perks. Linearly, there is a Live complaint system that allows users to report other players who have broken the Live terms and conditions.

The game standards allow the user to either have a silver account (for beginners), and a gold account (that was once behind a pay-wall). The gold account came with a $50/year subscription initially and allowed users to play GFWL-enabled games online. But in hindsight, Microsoft made the platform completely free, after realizing it’s going nowhere – particularly competing for services like Steam.

Microsoft also said it would introduce “Tray and Play” through Games for Windows Live – a feature that would enable gamers to insert their discs and start playing immediately. However, this idea has so far stayed vaporware.

Cross-platform gaming is an added advantage that lucky PC gamers who happen to have an Xbox console can well make use of. But the fact is, PC gamers form a separate community, and this is where this feature loses itself into oblivion.

The behemoth alternative that immediately shows up for GFWL is, quite undoubtedly, Steam, which was introduced in 2003.

This is more so as most of the games have shifted their gaming platforms from Microsoft to Steam.

Steam has taken all these platforms to a wide range of operating systems that comprise Windows, Mac, and Linux. They have managed to attract a wide user-base, and have a huge catalog when it comes to developers who are ready to publish on their platform.

In addition to all this, steam also provides gamers an interface that can be used just the same as Games for Windows Live when it comes to connecting with friends and other players.

Also providing absolutely free games makes this platform the “go-to” when it comes to both offline and online gaming.

Games for Windows Live is a useful tool when it comes to cross-platform playing on any of your consoles that support your Live account.

This, however, does not reflect on other aspects of gaming.

Competition makes it excruciating for GFWL to grow, when, after all, steam has been doing this for quite a few years before its initiation.

Since most of the platforms have shifted their area of publication – that leaves primarily only steam for both offline and online gaming.

But this doesn’t have to mean GFWL is purely associated with its fast-falling online market. Without the need for registration, a temporary, local account can also be created to play any game that supports GFWL. Games for Windows Live Windows 10 Free Download