What Is Flash Storage vs SSD: If you are still confused which storage option is better for your Apple Mac.

Today, I assure you to clear all your confusion with proper explanation. To know the difference between both let me give you a small introduction of Flash and SSD Storage.

Flash Storage in a mac referred to the storage that is integrated with the motherboard. It is an old technology which is used to store the information without power being applied. It is a fast type of memory and non-volatile. 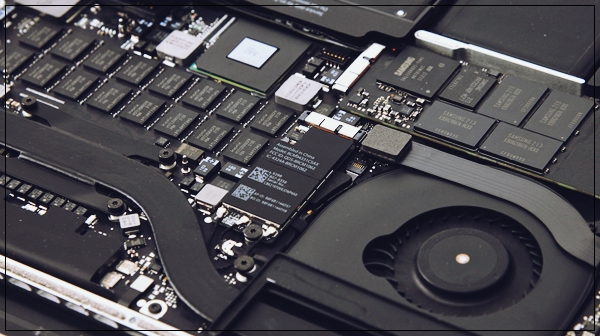 Let’s go through the Pros and Cons of Flash Storage.

1. Excellent system performance with greater speed.
2. It is the best option to store the OS, applications and working data.
3. It can be configured in a RAID, and don’t require a separate RAID card.
4. Reliable than a traditional HDD.
5. Never suffer from the performance drops with increased data when TRIM is enabled.

1. It is expensive storage solution per TB.
2. It requires valuable PCI-E slots.

Solid State Disk (SSD) refers to that storage that doesn’t need moving parts. Originally it was RAM-based, which is the storage similar to today’s regular computer memory.

A continuous application of power is required to save the data. In the absence of power, your data can be lost.

Let’s check the Pros and Cons of SSD

1. Boosts the system performance without breaking the bank.
2. Great for an option for storing OS, application and you’re working data.
3. Multiple slots install options depending on your requirements.
4. It can be configured in a RAID formation without a separate RAID card.
5. It is more reliable than a traditional HDD.
6. It doesn’t suffer from performance drops with increased data storage when TRIM is enabled.

1. It is expensive than traditional HDDs per TB.

Difference Between Flash Storage Vs SSD

Flash storage is used in USB key devices, cell phones, plug-in adapters for servers and in SSD drives used in servers and enterprise storage solution / SSD is installed inside a computer or a storage system. The SSD uses flash-based solid-state technology

It is quality is cheaper than SSD / SSD has better quality

It will die soon / These are with a standard interface like physical disks, so they can be replaced

You need to check the pros and cons of both to finalize the best drive for you. Flash is always the best option when your budget is low for storage.

In case your budget is good you can go for SSD which has more features than Flash. Simply SSD is a small computer in itself that makes it faster.

Whereas the flash is like a USB drive for your computer and smartphone etc. simply it’s just a storage unit. You need to check your requirements and budget then go for the option.

Remember when it comes to storage no matter which option you select, make sure you back up twice. That’s all about the Flash Storage vs SSD.